Located in the US Southwest including Nevada’s Clayton Valley, Edwards Creek & Railroad Valleys and in central Arizona’s Thompson Valley Intense interest in the American Southwest is hot.

The increasing promise of new and unexplored lithium discoveries is driving excitement and investment across the region.

Ameriwest has already assembled a portfolio of 4 prospective projects in this highly competitive region. 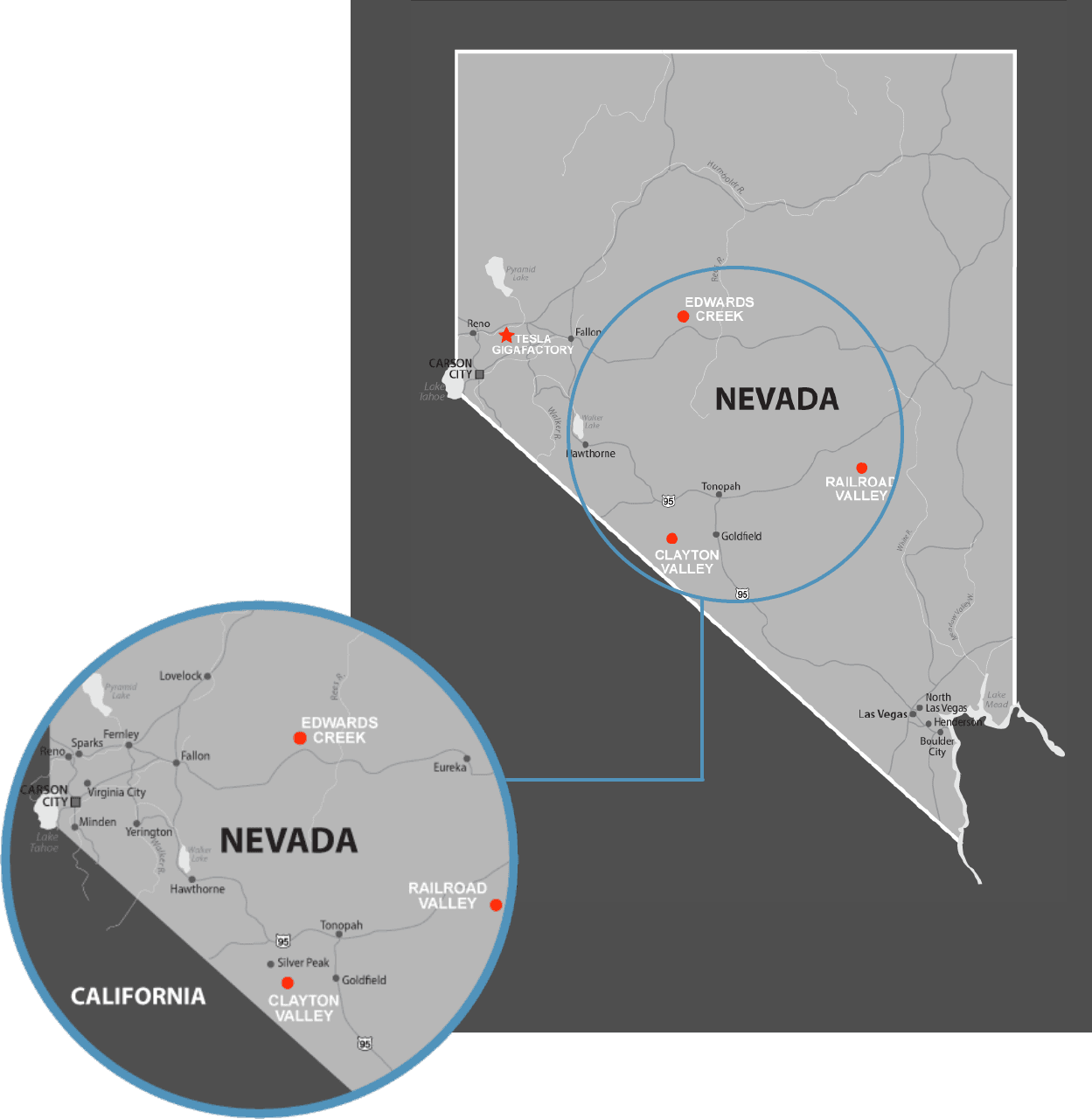 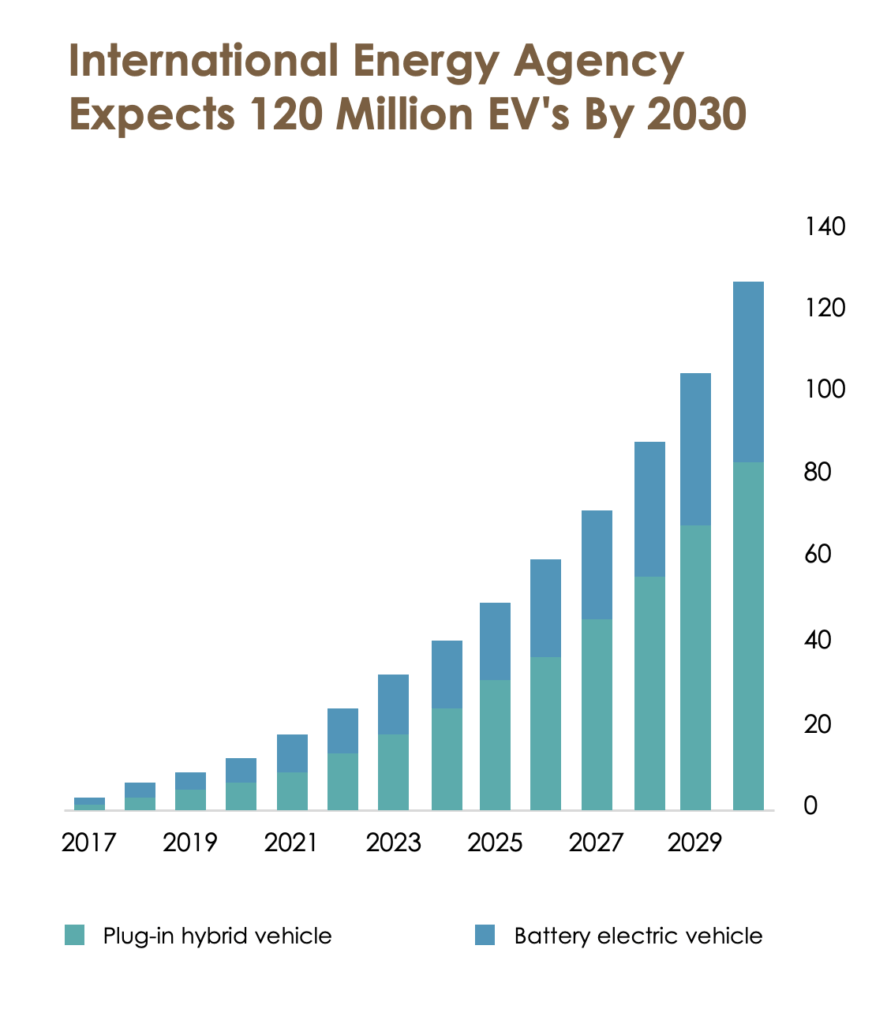 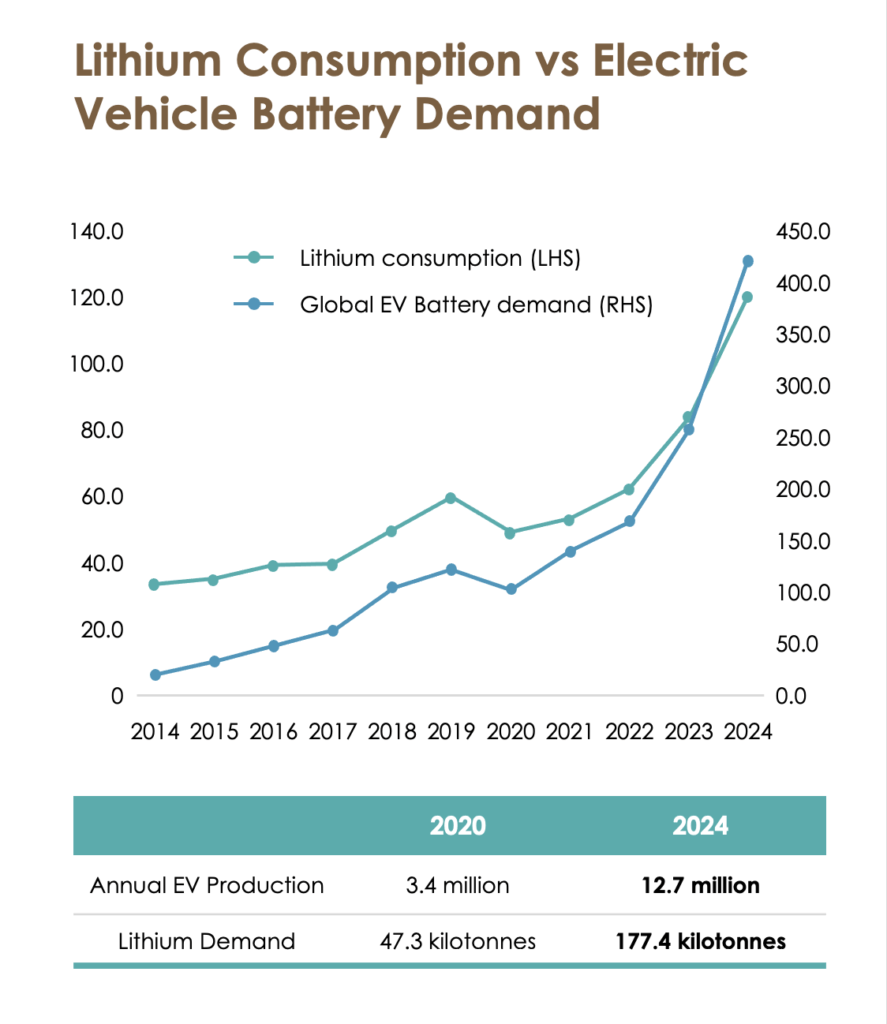 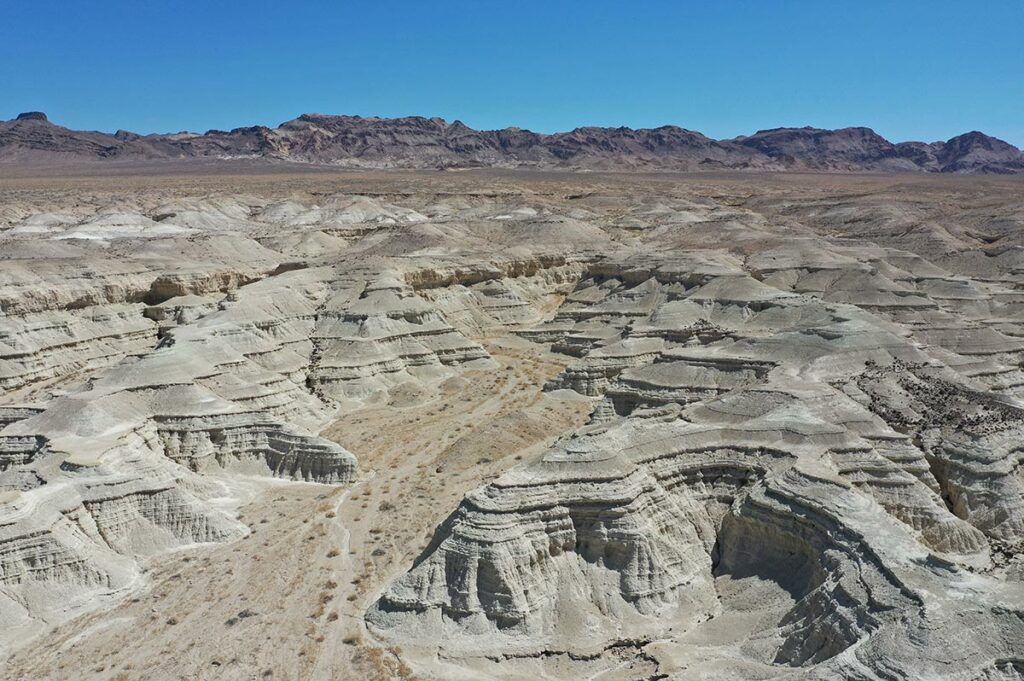 Mr. Watkinson brings over 30 years of professional engineering experience in underground and open pit mining projects, including mine permitting, engineering, feasibility, construction, and operations for Emgold Mining Corporation. In addition to EMGold, Mr. Watkinson has extensive experience in project management, having taken projects from grass roots start-up levels, to successful operating status. Mr. Watkinson has been responsible for management of large capital projects and operations in Canada, the United States and the Philippines. He has held numerous senior positions including but not limited to, Placer Dome Inc., Kinross Gold Corporation, Thyssen Mining Construction and Vulcan Materials Company.

Mr. Watkinson holds a B.Sc. in Applied Science, Mining Engineering, from Queen’s University in Kingston, Ontario (1985) and is a Registered Professional Engineer in the Province of Ontario.

Mr. Collick is an entrepreneur who brings a wide range of experience and knowledge to the Company. In 1983, Mr. Collick served as an Investment Advisor which led him to an extensive interest in the mining industry that has continued to the present. He has been involved in numerous mining ventures including the Voisey’s Bay area discovery, by staking several hundred square kilometers for numerous public companies, and had an instrumental role in several mineral exploration projects in Argentina, Mexico and Canada.

Mr. Collick has substantial experience in the renewable energy sector, with Greenwind Power Corp., where he was responsible for assessing them for their wind energy potential. Mr. Collick’s interest in renewable energy also extends to biofuels, where he established a start-up company that was awarded a significant grant from the Province of Alberta to design and build a biofuel reactor using canola as feed stock.

For four years, Mr. Collick served as the Chief Relationships Officer of Atrum Coal NL, on the Australian Stock Exchange that was responsible for the Groundhog Coal Discovery in Northern British Columbia. His responsibilities included consulting with the government, the First Nations and other direct and indirect stakeholders in the project, and was specifically responsible for developing a positive working relationship between Atrum and the First Nations stakeholders.

Mr. Wright has over 35 years of financial management, consulting and accounting experience involving a wide range of industries. Mr. Wright has held Vice President of Finance and Administration positions in various Vancouver-based technology companies, one of which, Healthpricer Interactive Limited, was a publicly traded company. Mr. Wright’s contribution was critical to the and sale of Healthpricer and the spin out and privatization of its operating subsidiary.

Mr. Wright graduated from the University of Toronto with a bachelor’s degree in commerce, majoring in Accounting and Economics, and received his initial training at PricewatehouseCoopers.

Dr. Hancyk is an experienced senior executive, former CEO and management consultant who has worked with a wide variety of clients in Canada, the US and globally. He specializes in strategic planning and project management for companies and government organizations. He was named CEO of the year by the Vancouver Island Advanced Technology Centre. His former roles include serving as Director at Telus, CEO Paretologic, Operations Advisor for Export Development Canada, and Director of the MBA Management Consulting Programs at Royal Roads and the University of Victoria.

He has extensive governance experience in both profit and non-profit sectors. In addition to being a Board member of some high-tech companies he was also on the Board of Governors at Ryerson University in Toronto, the Vice Chair of the Co-operative Education Program Advisory Council at the University of Victoria and was on the Academic Planning Board of the Technical University of British Columbia (now part of Simon Fraser University). Dr. Hancyk was the Chair of the Vancouver Island Chapter of the Canadian Association of Management Consultants and a Board Member of the Information and Communications Technology Council in Ottawa.  He also served on the Academy for Technology CEOs in Vancouver, the Industrial Training and Apprenticeship Commission of BC, and the Saanich’s Governance Advisory Committee.

Prior to his career in marketing and management, Mr. Eskandari was the General Manager of one of the flagship stores of Future Shop/Best Buy in Western Canada, where he implemented a successful marketing and sales program resulting in the highest sales growth in a key period within all stores in Western Canada. Mr. Eskandari is a graduate of Simon Fraser University (SFU) with a degree in Molecular Biology and Biochemistry. Mr. Eskandari has also been on the board of various public companies in mining sector and as a serial entrepreneur, he has been a founder and/or cofounder of multiple companies over the past ten years. He is currently a Director and Interim CFO of Oakley Ventures Inc.

Mr. Gheyle began his career in the mineral exploration industry over 25 years ago and has held a number of positions with various exploration-stage companies and possesses extensive experience in the sector, having worked on a variety of projects including base metals, gold and diamond exploration with companies like BHP
and De Beers.

In the early 2000s, Mr. Gheyle gained extensive experience in the oil and gas industry in Fort McMurray, where he was employed by Red River Energy Consultants and was contracted out to a number of major oil companies. Over his tenure in the oil and gas industry, Mr. Gheyle held numerous positions including drilling consultant and project manager, while serving as part of the management team that supervised large drilling programs in the Fort McMurray area. In 2019, he began consulting for junior mineral exploration companies. Mr. Gheyle holds a diploma in Applied Science – Geology, from BCIT (British Columbia (1997).

Mr. Bryan is a registered professional geological engineer in Nevada and for much of his career he was either an owner or manager of various consulting and geotechnical engineering firms. He previously served as a Commissioner on the State of Nevada Commission on Mineral Resources from 2000 to 2019, representing Nevada’s small miner interests including that of the industrial minerals and aggregate industries.

He further served for ten years as Senior Vice President of Development for Lithium Nevada Corporation (previously Western Lithium Corporation), a junior mining company that is a wholly owned subsidiary of Lithium Americas Corporation. Lithium Nevada is developing one of the world’s largest known lithium deposits, a hectorite clay, located in northern Nevada. Lithium America also has a lithium brine resource in Argentina which is shortly planned to go into production. Another wholly owned subsidiary is ReoMinerals that manufactures organoclays utilizing hectorite from a property in Northern Nevada and other specialty clays from the western US. Mr. Bryan managed Nevada operations, including permitting, water rights, public relations for the company, and an extensive exploration drilling program that extended a portion of the historical lithium resource into a reserve to supply a proposed 20,000 tons per year lithium carbonate production facility.

He has found and worked on the development of several aggregate resources in the Western U.S., and at one time was a co-owner of a lightweight aggregate operation he discovered in Arizona. Other industrial mineral commodities with which he has done exploration and development work include cement raw materials, diatomite, perlite, pozzolan, gypsum, clays, limestone, dimension stone, pumice, and silica sand. He earned his B.S., Geological Engineering, at South Dakota School of Mines and Technology, 1970, and M.S., Geology, at Mackay School of Mines, University of Nevada, Reno, 1972.

Mr. Bell is a multi-disciplinary engineering management professional with more than 30 years experience in the natural resources sector. Previously, Mr. Bell analyzed lithium oil-field brine potential of the Bashaw property in central Alberta for Fathom Nickel prior to it becoming part of E3 Metals Clearwater Project. He has also explored for lithium and cobalt deposits in many parts of the western U.S. He has successfully built and managed several start-up operations in various capacities as project engineer, project manager, chief technology officer, president or managing member. Mr. Bell has B.S. and M.S. degrees in Chemical Engineering from the Universities of Colorado and Wyoming. He is a Professional Engineer registered in the states of Arizona and Utah and is a Certified Groundwater Professional recognized by the National Groundwater Association.