In recent years Clayton Valley has become a hot-spot for lithium exploration as several companies have exhibited exploration success: 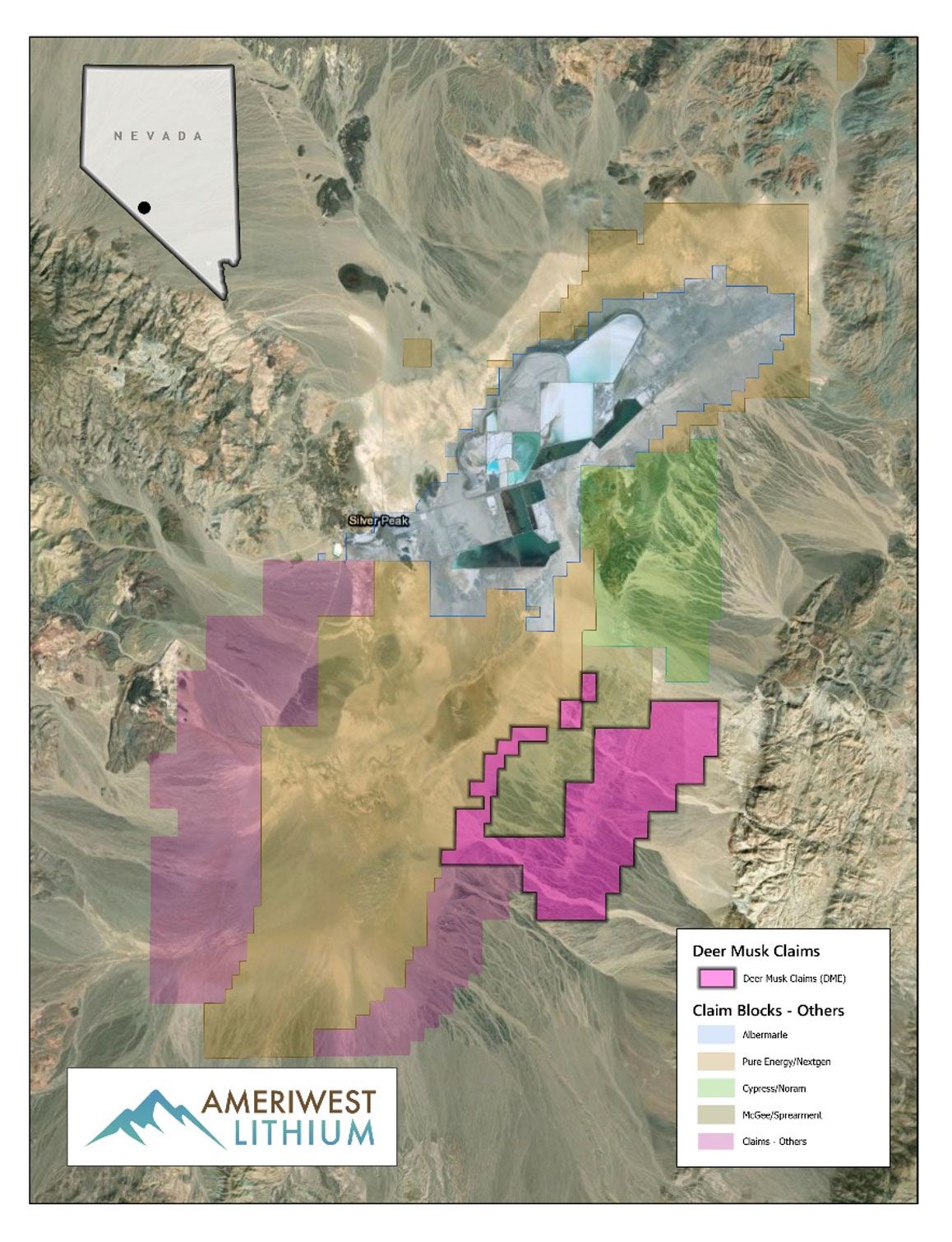 Geological similarity of this property to other adjacent or nearby properties does not guarantee exploration success.  No mineral resources or reserves, as defined by National Instrument 43-101 standards or CIM standards have yet been delineated on the property.

A majority of Ameriwest’s unpatented placer mining claims (an estimated 292 of 371 claims partially or fully overlap) are located on federal public lands on which another party, Authium LLC, previously recorded certificates of location for unpatented lode mining claims.  Ameriwest believes that any brine and sedimentary lithium clay deposits on Ameriwest’s mining claims are properly located as placer mining claims under US federal law.  Ameriwest believes that Authium’s claims are improperly staked as lode claims and therefore invalid.  Both companies have filed lawsuits against the other which will require the courts to determine the validity of their claims, should a settlement not be reached prior to going to court.

A concern to future development of the DME will be securing water rights.  Exploration for lithium in sedimentary or brine deposits, which includes drilling and pump testing, can be performed through temporary discharge permits.  Should Ameriwest conduct exploration and ultimately define mineral resources or mineral reserves (note that none are currently defined on the property), the company will have to be concerned about availability of water rights.  This can potentially be addressed through acquisition of water rights from other holders, permitting of new water rights (if there is availability at the time), and through selection of technology that minimizes water use and recycles water.  Potentially the company could look to option, joint venture, or sell the property to a company that has water rights in the valley.

The scientific and technical information regarding this project has been reviewed and approved by Robert Pease, CPG, acting as a Qualified Person for Ameriwest as defined in National Instrument 43-101 – Standards of Disclosure for Mineral Projects.